Q1: How do we mark spelling test errors when letter reversals are present?Letter reversals are a common occurrence in the first year of learning to spell and write. Within the 'Foundation' school year a proportion of letters will be reversed. For some students early in Year 1 the reversing of a proportion of letters may still continue. So what to do when they occur within a spelling test? I suggest that teachers marking the spelling samples, view the letter reversals as a phase that young writers often go through.What do the letter reversals actually communicate to teachers? The occurrence of letter reversals signals the need for significant letter formation skill development. Repeated practice of forming letters (and particularly the letters subject to frequent reversals) is needed. For instruction to be effective, the repeated letter formation practice must incorporate instruction of starting points, direction, and verbal cues.Q2: How do we mark spelling test errors when b & d letter reversals are present?When the word 'rod' is spelled 'rob' (with a reversal of a d) technically this is an error. Words can only be marked as correct when words are spelled correctly.However, as has been outlined above, the presence of some letter reversals within the first year and a half of spelling and writing (up until Term 3 Year 1) can be viewed as a common occurrence that most students will grow out of as further letter formation instruction and skill development occur. If still present within Semester 2 of Year 1 (and into Year 2) ideally an Occupational Therapist should be consulted. In situations in which this cannot occur, schools need to as best they can engage in further targeted letter formation focused upon the particular letters that are causing the student difficulty.Q3: How do we mark spelling tests, when students write letters with capital letters?As was the case above, this occurrence typically reflects handwriting weaknesses rather than specifically a spelling issue. The presence of many capital letters within a spelling test, signal the need for further lower-case letter formation skill development.Q4: Do you have any guidance on letter reversals?Many young children reverse letters because they lack familiarity with the symbols. When learning to write letters in the Early Years, Foundation and early Year 1, this is a common occurrence, ideally, reversals should not be present beyond seven years of age. Download our top tips for dealing with letter reversals. 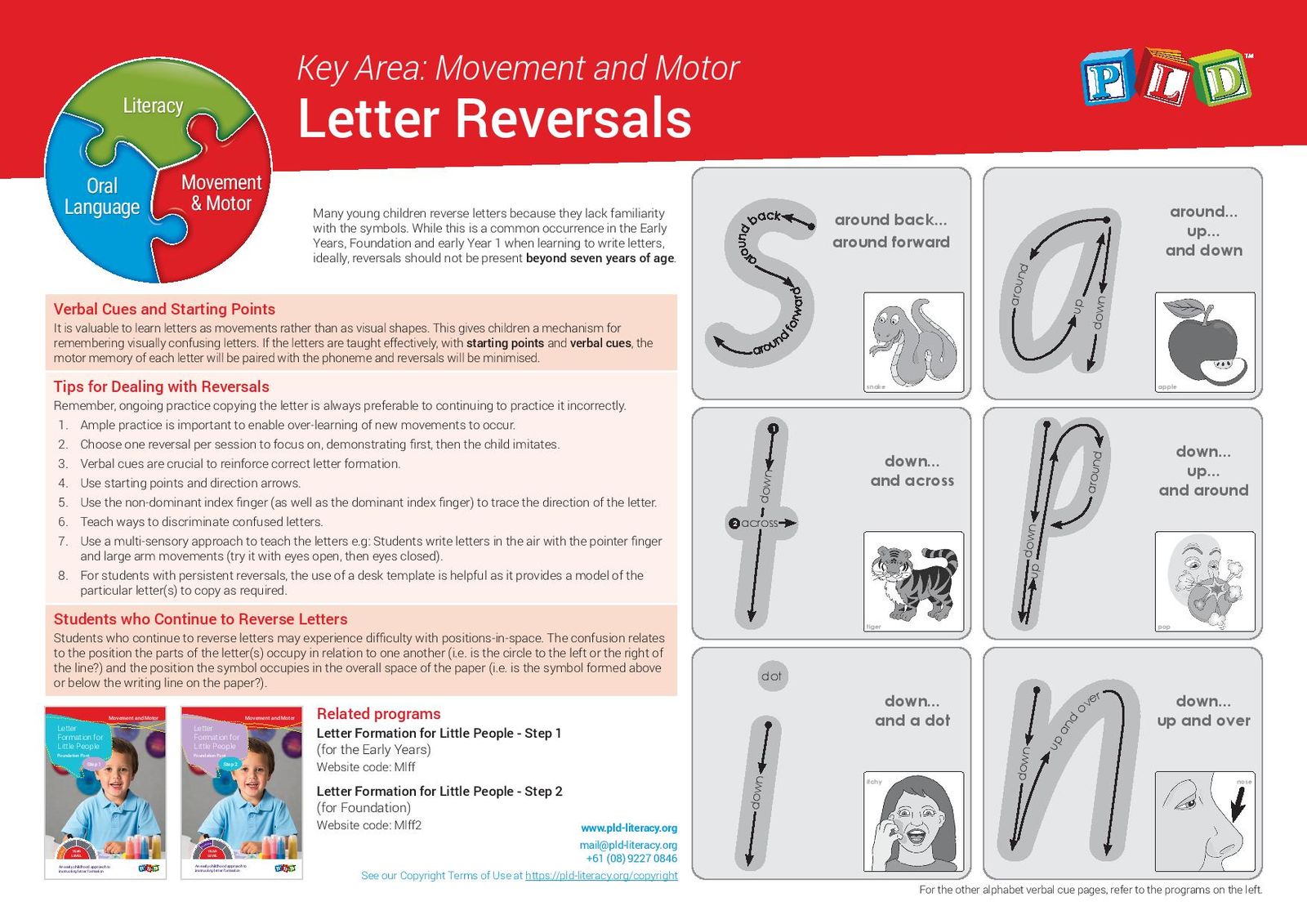